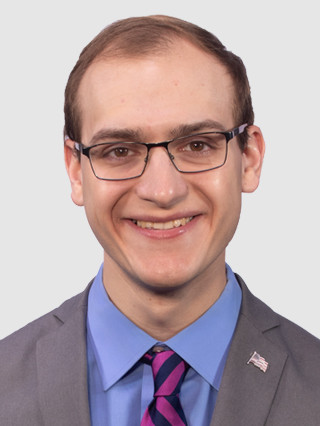 Nick Stewart joined CBS 2 in December 2017. Originally from Chicago, Nick graduated with a degree in meteorology and emergency management from Western Illinois University in 2015 with a focus on severe weather.

Nick has done multiple research projects on tornadoes and other forms of severe weather including his own project, SPECTRA. He has also won multiple awards for student research on wind farms.

Nick was also invited by Storm Center Communications to document the launch of GOES-R, our next generation weather satellite, and became certified in its use by the University Corporation for Atmospheric Research during a satellite orientation course at the Kennedy Space Center in Florida prior to launch.

Nick has always been fascinated by weather and spends a lot of time checking the latest weather model runs. Aside from weather, he also enjoys spending time with his closest friends doing about anything from hiking mountains in North Carolina to playing video games on his PC. You can also find him on the Florida Space Coast during SpaceX launches.