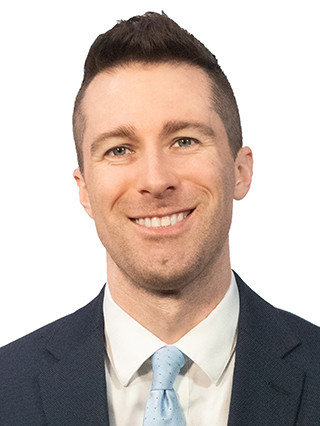 Mitch is a Cedar Rapids native making his third stop at Broadcast Park. He started his KGAN career as a sports intern back in 2007, then landed his first full-time TV job at the station in 2010 as a sports reporter. Now, he anchors evening newscasts while still reporting on some the area's major news and sports stories. A four-time Upper Midwest Emmy nominee, his story on Corridor Running's work to form a running club inside Coralville's Oakdale Prison (IMCC) was named 2019's Best Large-Market TV Feature by the Iowa Broadcast News Association.

Mitch was also KGAN's representative host for "Eastern Iowa United" - a collaboration between all three local TV stations in the area to raise money for derecho relief in August 2020.

Before returning to Cedar Rapids in 2016, Mitch worked for four years at WXMI (FOX 17) in Grand Rapids, Michigan as the station's lead sports anchor - helping them win two Michigan Association of Broadcasters awards for Best Sports Program as the co-host of "FOX 17 Blitz." He also assisted in the launch of the station's 11:00 p.m. newscast as a lead news anchor.

Mitch is a graduate of the University of Iowa and Xavier High School.